ON THE LAKE GARDA HILLS 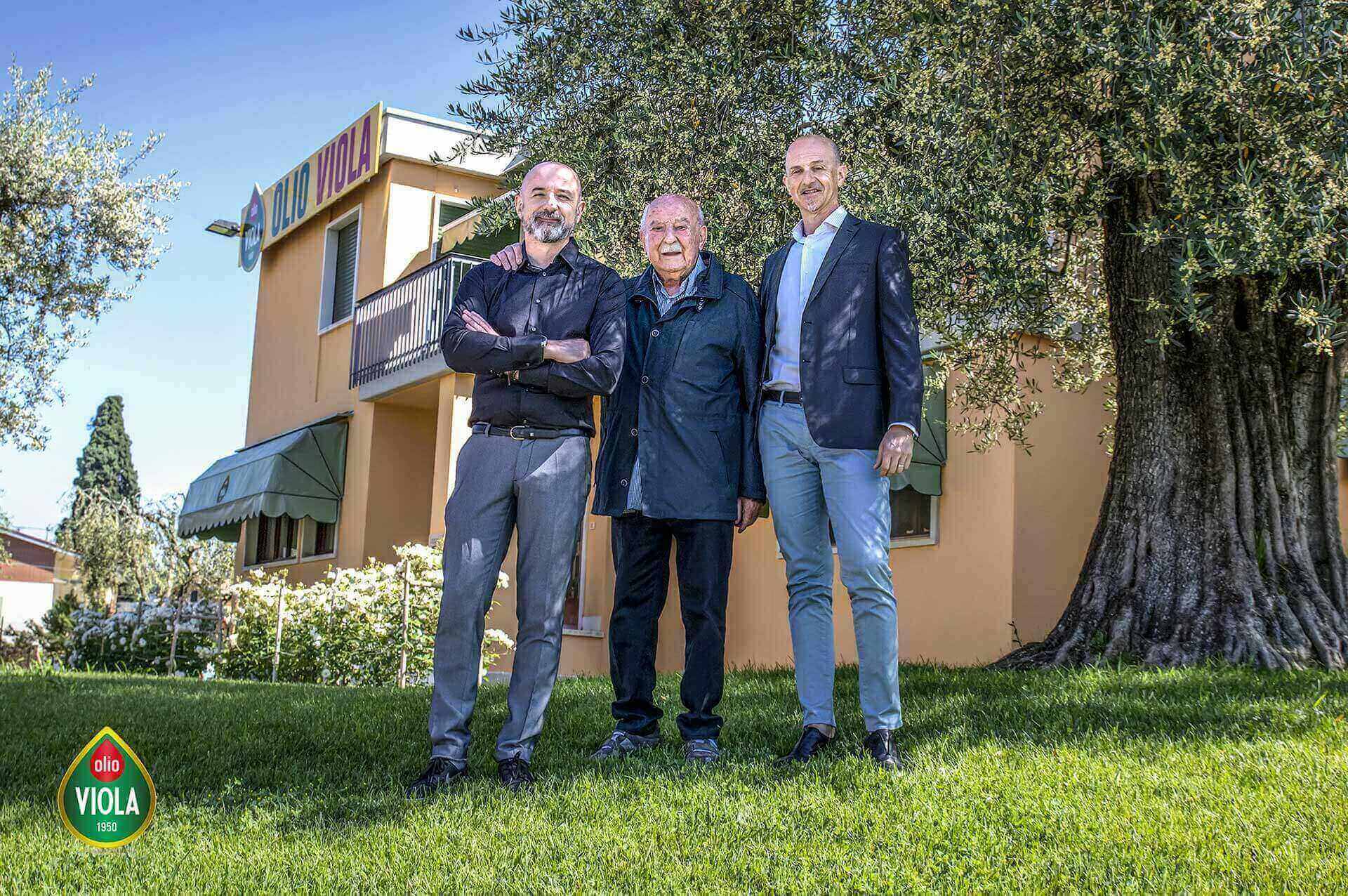 BEING SMALL IS OUR WAY OF BEING BIG

Italy is famous in the world for its family business made of an extraordinary knowledge that is passed down from generation to generation. We are proud to belong to this world, so often rich in inventiveness and extraordinary intuitions.

Our founder Bruno Viola was born in 1930 and started working as a miller in the family business as a young man.
In 1950, just twenty years old, he felt the desire to start his own business: a risky, but well-considered decision that led him to open an oil mill, given his great passion for olive trees. Initially the business involved the processing of olives on behalf of third parties, but thanks to the help of his wife Teresa, the first cans of oil were sold to customers.
Towards the end of the 1950s Bruno decided to expand the company, expanding the production chain, adding a packaging room and a sales department, thus moving from providing small local shops to major chains of shops located in the neighbouring provinces.
The constant growth of the company forced in 1977 the move to the current headquarters in Bardolino, since at the same time Olio Viola was entering the list of suppliers of the biggest brands of Italian Large Organized Distribution.
In 1987, an intuition of Bruno Viola led him to create “La Colombara”, a flagship product of Olio Viola, which allowed to expand the sales range to all central-northern Italy, becoming a leader in the Veneto, Trentino Alto-Adige and Lombardy areas.
In 2010 the company decided to expand further by adding a new highly automated packaging line, thus increasing the production capacity to about 50,000 litres/day thanks to highly advanced technologies.
In 2020, the company celebrated its 70th anniversary, bottling around 2000 quintals a month of extra-virgin olive oil, widely distributed in both the Large-Scale Retail Trade and the Ho.Re.Ca canal.
At the same time, thanks to the experience of our Blend Master Corrado, we have focused on the art of blending: the creation of an oil by combining oils from different cultivars and origins, to obtain a product superior to the original one and to satisfy the needs of the most refined palates.

Our oil mill is located in Bardolino, a town situated on the shores of Lake Garda, an area renowned since the Middle Ages for the production of olive oil.
It is precisely the geological composition of the territory, characterized by a chain of mountains that protect the hinterland from cold currents, that gives the area a Mediterranean climate, making it possible to grow olives at an otherwise not ideal latitude.
Lake Garda, in fact, is the northernmost area of Europe where it is possible to grow olive trees, and the peculiarities of the territory are reflected in the aroma and taste of the oil, which is delicate and refined.
È proprio la composizione geologica del territorio, caratterizzata da una catena di montagne che proteggono l’entroterra dalle correnti fredde, a donare alla zona un clima mediterraneo, rendendo possibile l’olivicoltura ad una latitudine altrimenti non ideale.
Il Lago di Garda, infatti, è la zona più a nord d’Europa in cui è possibile coltivare olivi, e le peculiarità del territorio si riflettono nell’aroma e sapore dell’olio che si presenta delicato e raffinato.